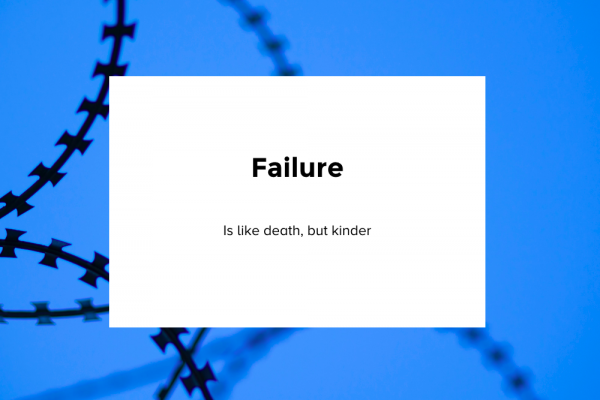 Fearing failure is like fearing death. Failure and death are both inevitable but at least failure is kind enough to give us another chance. And just like fearing death, being afraid of failure keeps one from living a full, happy life.   Everyone hates to fail but for some people that fear is so strong that it runs their life and their inability to overcome it gets them stuck in … END_OF_DOCUMENT_TOKEN_TO_BE_REPLACED